In the summer of 2013, after protracted negotiations, Hyatt Hotels and unite/here reached a landmark labor agreement. Of note in this agreement is the commitment by both parties to a process that leads to what they term “fair elections” for future labor representation. The concept of what represents a “fair agreement” has been a subject of debate, proposed legislation, and litigation for decades. In this paper, we explore a different concept of fairness. Rather than allow years of discord to limit the parties’ options, the proposal is to have both parties communicate under consistent standards, without intimidation and unrest. Our goal in presenting this proposal is to create an environment where all parties to a union representation decision have the opportunity to be heard fairly and, most critically, the employees are able to choose whether they wish to be represented in a free and fair election. That is, those employee groups who wish to be represented have the opportunity for collective bargaining, while those who do not want to be organized are not forced into representation. 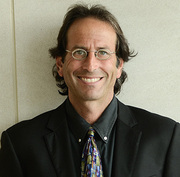