Given that Asia accounts for more than half of the world’s population and its hotels are thriving, this study analyzes the attitudes toward daily deal offers of hotel guests in five Asian nations. While the respondents, from China, India, Indonesia, Korea, and Japan, have many common attitudes regarding daily deals, certain differences stand out. Overall, it becomes clear that frequent guests take advantage of the discounts offered in daily deals, thus confirming concerns of cannibalization. Worse, those frequent guests reported that they felt as though they were treated differently due to their use of the daily deal, and this gave them a diminished view of the hotel. On the other hand, respondents from most nations said that they took the opportunity of the deal to spend more money than usual during their hotel stay, and they were happy to recommend the hotel to their friends, a phenomenon known as being a market maven. Moreover, use of the daily deal did not seem to interfere with guests’ loyalty levels, which seemed to be the same for daily deal purchasers and those who did not use such offers. One other downside to offering daily deals is that the survey indicates a reduced value perception for those who purchase numerous deals, indicating that the deal’s charm eventually fades. While the findings seem contradictory in some ways, they also provide guidelines for hoteliers who wish to target Asian consumers with these types of deals while also avoiding the pitfalls. 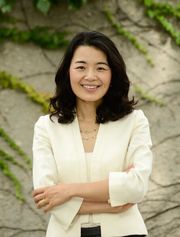